The architecture of the Istanbul Airport Terminal buildings under construction is designed with historical vault and cross vault forms.

Steel carrier system was preferred for reasons such as providing the arrangement of the building, installation, acoustics and other similar equipment.

Boarding (Pier) areas of the terminal building is about 140,000 m2 and has a total length of 2500 m. Due to the vault character of the architectural preference shape of the roof and being modular and assembly problems of the supporting structure, made the space frame system, suitable to use.

The facade of the piers is supported by circular columns forming "V" form, and the waiting created on the arms of the pier area consisting of five main branches illuminated by lounges using large dome form for roof lightnings. 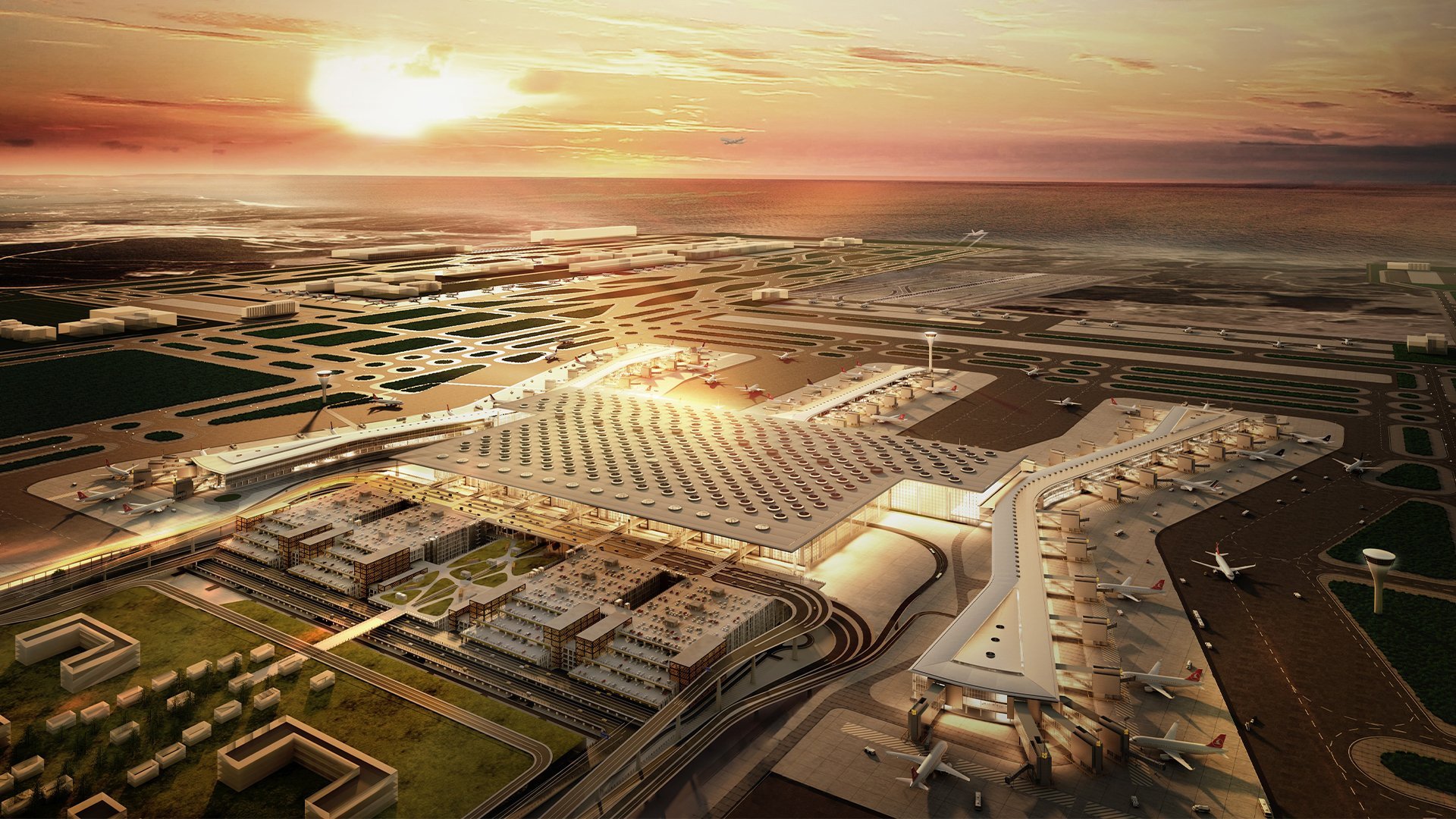